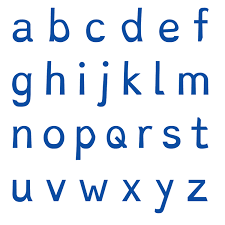 Dyslexia Font is a  print and electronic font designed to be easily read by those with dyslexia. The theory behind Dyslexie Font is that when text characters are distinctive it’s unlikely that they will be confusing to read. According to Dyslexiefont.com,  “traditional fonts are designed solely from an aesthetic point of view which  means they often have characteristics that make characters difficult to recognize for people with dyslexia.”

Dyslexia Font was developed by Christian Boer as his university thesis while a student at Utrecht Art Academy in Amsterdam.  It has won many honors including the 2010 Smart Future Minds award in Amsterdam.  Boer, who suffers from dyslexia, was looking for a  type that would make reading easier.  He discovered that spacing characters further apart, creating a heavier base line for characters and making the openings of letters like c,u, and s more pronounced had a dramatic effect. Other aspects of Dyslexia Font include a slight right slant, different heights for smaller letters, and varying the length of sticks and tails in letters such as b, p and q.    Additionally, Boer’s research found that text colored blue is easier for dyslexics to read and that the ratio of white space verses printed text has a profound effect as well.

Dyslexie Font  is available as an App (Android or MAC)  or an extension for Google Chrome. At this time it is not available for ipad or iphone but expect that to change in the near future.  When installed as an extension on Google Chrome it works by clicking the icon to translate the current page  into Dyslexie Font.  It’s invaluable for browsing the web, reading / writing email or creating Google Docs. Dyslexie Font is just as easy to turn off – just click the icon and text reverts back to the original.